The London and its volunteer team 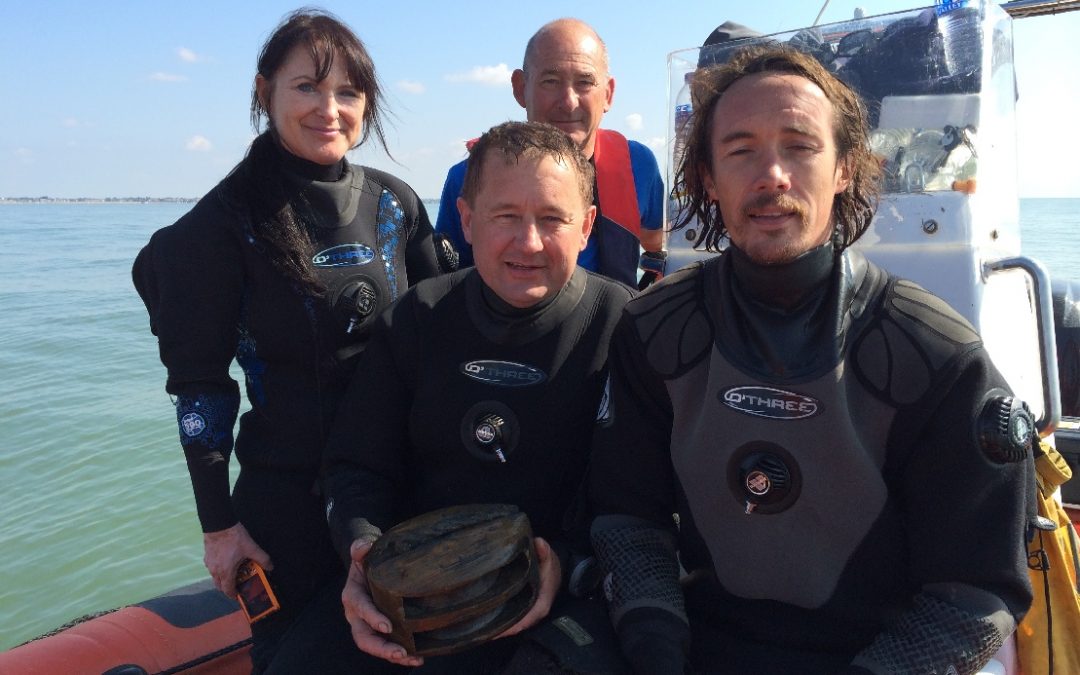 Steve and Carol Ellis and Steve Meddle are a small but enthusiastic team of volunteer licensees who have been diving on the London protected wreck site for nearly ten years since a chance encounter with a maritime archaeologist on a flight to the Maldives! As regular divers in the Thames, the team quickly realised they could help contribute to the study of the site and worked with Historic England to gain a licence.

Since their involvement began they have worked with Historic England, Wessex Archaeology, Cotswold Archaeology, Pascoe Archaeology, MSDS Marine and the Nautical Archaeology Society to record the site and recover exposed material. The team were also key members of a large excavation from 2014 – 2016 which included the recovery of a large, rare gun carriage.

As licensed divers of this protected wreck, the team see at first hand the effect erosion has had on the site of the London. Every dive reveals new artefacts as the shifting silt dunes reveal previously unexposed remains to the fierce tidal currents of the Thames. You can find out more about their work here.

This website uses cookies to improve your experience while you navigate through the website. Out of these cookies, the cookies that are categorized as necessary are stored on your browser as they are essential for the working of basic functionalities of the website. We also use third-party cookies that help us analyze and understand how you use this website. These cookies will be stored in your browser only with your consent. You also have the option to opt-out of these cookies. But opting out of some of these cookies may have an effect on your browsing experience.
Necessary Always Enabled
Necessary cookies are absolutely essential for the website to function properly. This category only includes cookies that ensures basic functionalities and security features of the website. These cookies do not store any personal information.
Non-necessary
Any cookies that may not be particularly necessary for the website to function and is used specifically to collect user personal data via analytics, ads, other embedded contents are termed as non-necessary cookies. It is mandatory to procure user consent prior to running these cookies on your website.
SAVE & ACCEPT