SWMAG and the Moor Sand and Salcombe Cannon sites 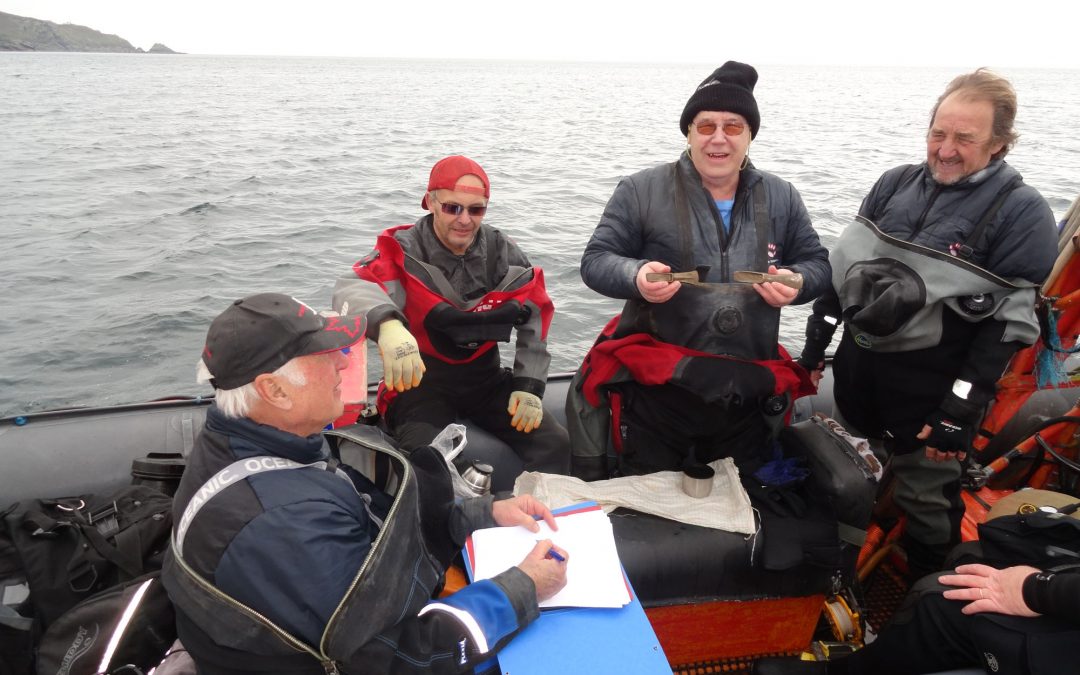 The South West Maritime Archaeology Group (SWMAG), both present and past, is built up of a group of enthusiastic avocational archaeologists who spend their spare time diving, researching and documenting maritime history covering over 3000 years. For over 30 years the team have been involved with a number of protected wreck sites including the Moor Sand and Salcombe Cannon sites.

In 2004 the SWMAG team found Bronze Age artefacts on the Salcombe Cannon Site, a protected site with a 17th century wreck. Over the next few years as the team followed the trail of artefacts it became clear it led towards Moor Sand and in 2009 the two sites became a combined project following work that showed the archaeology spanned both. In the September that year Moor Sand was granted a Surface Recovery License following the location of a significant number of tin and copper ingots. What was subsequently recovered was the largest single collection of Bronze Age copper ingots in Britain. The irony is that the ingots were predominantly located on the reef just beyond the 1979 search area; how different the report from the 1979 season might have been but for a few extra metres surveyed. Since 2009 other items have been found including a sword and some tin ingots.

The work of the team has been incredibly important in redefining archaeologists’ knowledge of the Bronze Age.  You can find out more about their work here: www.SWMAG.org

This website uses cookies to improve your experience while you navigate through the website. Out of these cookies, the cookies that are categorized as necessary are stored on your browser as they are essential for the working of basic functionalities of the website. We also use third-party cookies that help us analyze and understand how you use this website. These cookies will be stored in your browser only with your consent. You also have the option to opt-out of these cookies. But opting out of some of these cookies may have an effect on your browsing experience.
Necessary Always Enabled
Necessary cookies are absolutely essential for the website to function properly. This category only includes cookies that ensures basic functionalities and security features of the website. These cookies do not store any personal information.
Non-necessary
Any cookies that may not be particularly necessary for the website to function and is used specifically to collect user personal data via analytics, ads, other embedded contents are termed as non-necessary cookies. It is mandatory to procure user consent prior to running these cookies on your website.
SAVE & ACCEPT